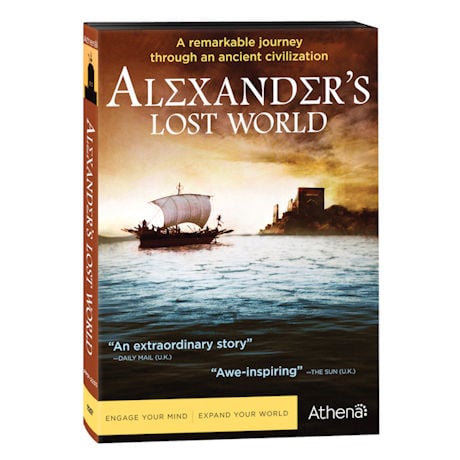 $49.99 $29.99
Share Me:
add to wish list
Overview
2,300 years ago, the iconic conqueror Alexander the Great became the first European to rule the East. In a major turning point in human history, he crossed into Asia in 334 BCE, crushed the Persian Empire, and discovered a highly developed civilization along the banks of the mighty Oxus River.

In this six-part series, photojournalist David Adams takes us on an extraordinary journey, from Greece in the West to the Chinese border in the East, along the way passing through Taliban territory and some of the most inhospitable terrain on earth. Adams sets off on an amazing quest to separate fact from fiction. "An extraordinary story" —Daily Mail (U.K.) 4 ½ hours, 2 DVDs.
DVD Extras
• Deleted scenes (42 min.)
• Behind-the-scenes photo gallery
• 16-page viewer's guide with a map
• A timeline of Alexander's conquests; articles on Alexandria, the empire after Alexander, and Afghanistan
• Interview with presenter David Adams, Biography of Alexander the Great