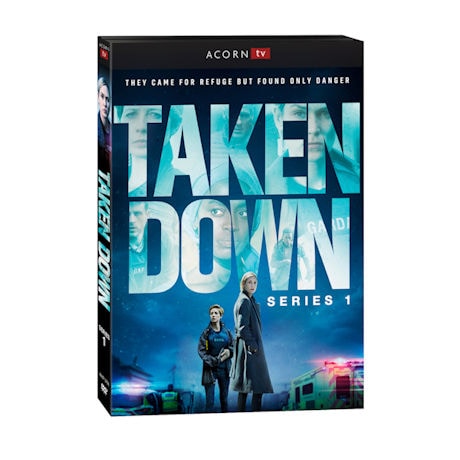 $39.99
Share Me:
add to wish list
Overview
When a young Nigerian girl, is found dead at a bus stop, Inspector Jen Rooney (Lynn Rafferty, Ripper Street) and her team of detectives investigate a nearby center for asylum-seekers. The shaken residents there are afraid to speak to the police — After another child from the center disappears, the cops uncover a cunning gang taking advantage of desperate people. Can they find the missing girl before she becomes another casualty of Dublin's dangerous underground? 6 episodes, 5 1/2 hrs, 2 DVDs. Mature content.


Episodes
Episode 1: New Home
After making the journey from Nigeria to Ireland eight years ago, asylum-seeker Abeni lives with her sons in a Direct Provision Center along with other refugees. When Esme, a young girl from the center, is found dead, Abeni and her son Isaiah are caught up in the investigation.

Episode 2: Caught on Camera
After a tragic incident, distrust of the police runs high among the center's residents. Having uncovered incriminating CCTV footage, Inspector Jen Rooney presses Isaiah about his relationship with Esme, but it seems that the center's manager, Wayne, has more to lose from the uncovered footage.

Episode 3: Super Clean
Abeni furtively continues her work as a cleaner at the brothel run by Gar, an Irish slumlord, and Benjamin, a Nigerian trafficker. Meanwhile, the police follow a lead on a car seen the night Esme was killed, and Jen is unsure about how to proceed with questioning Abeni.

Episode 4: Tailed
Jen orders surveillance on Abeni to find out where she and Esme commuted to on the night of the murder. Abeni vows to save a young abused girl at the brothel, but Benjamin arranges another job for Abeni.

Episode 5: Evidence
Police scour the brothel for evidence and find where Esme was killed, but Benjamin and Gar have moved on, leaving behind only one witness, who refuses to talk. When the forensics team makes a peculiar find, Jen returns to the holding center.

Episode 6: Endgame
With Wayne in custody, Jen and her team race to compile more evidence before they are forced to release him. After an unexpected attack, the police target a new suspect, who may be the key to finding Esme's killer.