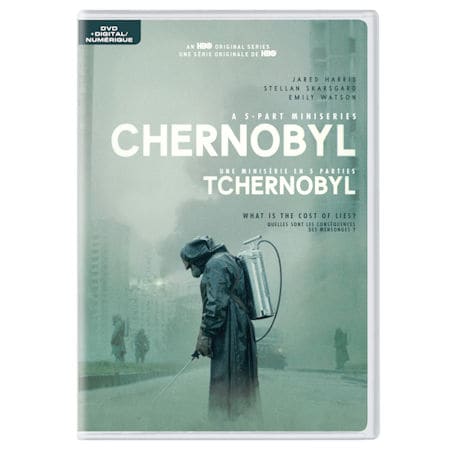 Starting at $49.99
Share Me:
add to wish list
Overview
HBO's gripping five-part miniseries tells the harrowing true story of the nuclear accident that occurred at the Chernobyl Nuclear Power Plant in the Ukrainian Soviet Socialist Republic on April 26th, 1986. In the wake of the disaster, first responders put their lives on the line in a desperate attempt to minimize the damage, while government officials scramble to cover up and downplay the catastrophe. All the while, one question looms overhead — why did this happen? 2 DVDs, 5 ½ hours. Mature Content.