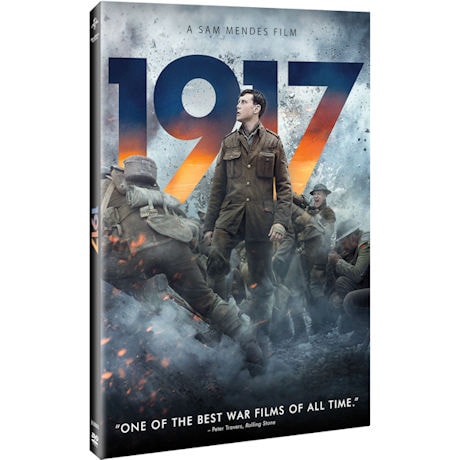 $29.99
Share Me:
add to wish list
Overview
Nominated for 10 Academy Awards. At the height of the World War I, two young British soldiers are given an impossible mission: In a race against time, they must cross enemy territory and deliver a message that will stop a deadly attack on hundreds of soldiers—one of their own brothers among them. 2 hrs, 1 DVD. Pre-order now, shipping 3/24.
Details
Packaging: Boxed
Run Time: 2 hours
Format: Widescreen
Number of discs: 1
Language: English
Foreign Language Subtitles: No
Color or B&W: Color
CC: No
SDH: Yes
Region Code: 1
Aspect Ratio: 2.39:1
Audio Format: 5.1 Surround
Rating: R

Press
"It's a tense, unnerving ride that accomplishes its goal of translating the first-person experience of war better than any war movies that have come before it. It's a level up" — Detroit News