A Call to Spy DVD & Blu-ray 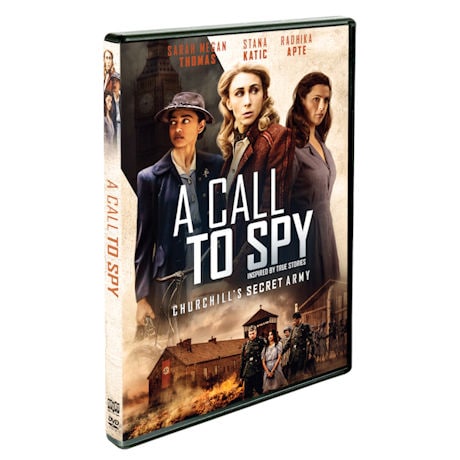 A Call to Spy DVD & Blu-ray

Starting at $19.99
Share Me:
add to wish list
Overview
It is the beginning of World War II and Winston Churchill is desperate. He decides to form a new spy agency revolving around women. Spymistress Vera Atkins, (later the inspiration for Ian Fleming's Miss Moneypenny in the James Bond franchise) was the chief recruiter for this secret army. Atkins selected two unusual candidates: Virginia Hall, an American journalist from Baltimore with a wooden leg, and Noor Inayat Khan, a wireless officer of Indian descent. They are trained in covert operations to help subvert Nazi influence in newly occupied France. Based on a true story, the courage, sacrifices and grit of these three women helped quell the Nazi occupation — and ultimately turned the tide of the war. 2 hours, 1 DVD or blu-ray disc.