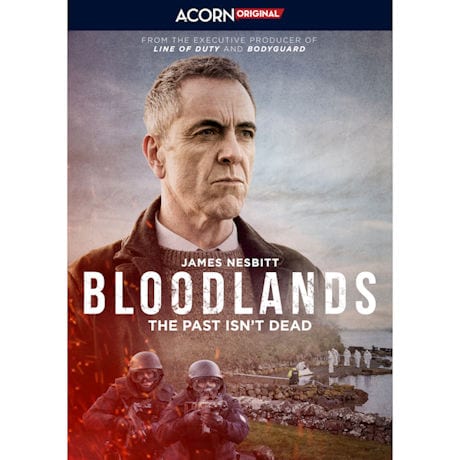 $34.99
Share Me:
add to wish list
Overview
When an expensive car is pulled from the sea, veteran Northern Ireland police detective Tom Brannick immediately suspects it's the last in a long-buried series of mysterious disappearances. This gripping thriller chronicles Brannick's obsessive quest to expose the semi-mythical figure responsible-a criminal with the code name Goliath - dredging up Northern Ireland's dark past in the process. 4 episodes, 4 hrs, 2 DVDs. SDH.
Episodes
Episode 1
When a car belonging to a known crime associate is pulled from the sea in Northern Ireland, Detective Tom Brannick finds an ominous postcard that connects to a shadowy case from the past: an assassin nicknamed Goliath. Tom and his colleague DS Niamh McGovern investigate, but the community's distrust of the police hinders their progress.

Episode 2
Tom reels from the discovery of three bodies buried 20 years ago—one of which may be his wife. Tom and Niamh interview Pat Keenan, the man who was kidnapped, but he won't say who abducted him. Later, Tom confronts Adam Corry, who was hunting Goliath.

Episode 3
As Tom scrambles to cover up what he's done, Adam Corry is deemed a missing person and his house becomes a crime scene. Tom searches for the woman in Pat's car and finds a connection to Tori, his daughter's medical school teacher.

Episode 4
Tom's superior is arrested and interviewed, but Tori worries there's not enough evidence for a conviction. Niamh remains unconvinced that they've finally caught Goliath and starts her own investigation.