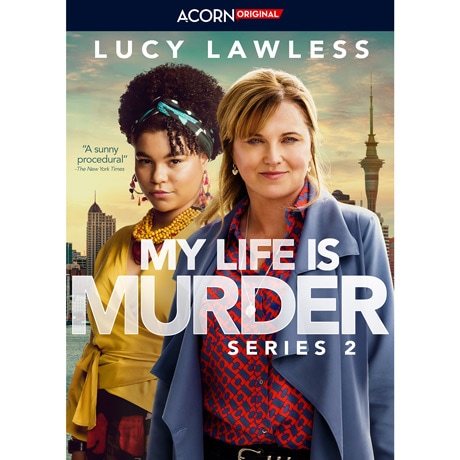 $59.99
Share Me:
add to wish list
Overview
Investigator Alexa Crowe has an uncanny ability to peer deeply into the darker quirks of human nature. And she cannot help fighting the good fight, whether it’s solving murders or pushing through everyday frustrations. Fearless and unapologetic, Alexa leans into her unique set of skills to unlock the secrets behind the most baffling crimes. 10 episodes, 7½ hrs, 3 DVDs or Blu-ray discs.
Episodes

Episode 1: Call of the Wild
When a woman shoots a stranger at point-blank range by Auckland Harbor, it looks like an open-and-shut case. But the inquiry becomes anything but simple when investigator Alexa Crowe takes on the case.

Episode 2: Oceans Apart
Alexa’s investigation into the death of a surfing champion takes her back to an old childhood haunt. But what is the victim’s influencer girlfriend trying to hide? And why is Alexa so reluctant to spend time at one of the world’s best beaches?

Episode 3: All That Glitters
Alexa’s personal and professional lives collide when she investigates the death of a drag queen whose star was on the rise.

Episode 4: Look, Don't Touch
Alexa is confronted by her own history when she investigates the death of a museum curator.

Episode 5: Crushed Dreams
Alexa will need all five senses to solve the mysterious death of an ambitious young winemaker.

Episode 6: Sleep No More
A frosty reception awaits Alexa when she investigates how the chef at a resort died in his own walk-in freezer.

Episode 7: All the Better to See You
All the world’s a stage when Alexa investigates the murder of an actor in the middle of a live performance.

Episode 8: Hidden Gems
Alexa must sort fact from fiction when a compulsive liar confesses to a murder at a high-end jeweler.

Episode 9: Wild Life
Harry asks Alexa to look into the case of his friend, who is accused of murdering a survival expert.

Episode 10: Pleasure and Pain
Alexa investigates the death of a self-help guru and finds herself in a cat-and-mouse game with the victim’s mysterious wife.