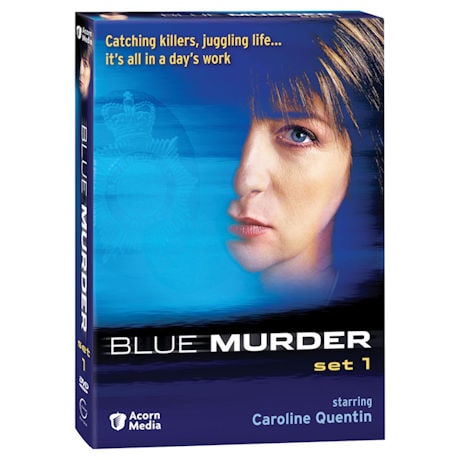 Overview
Janine Lewis is a single mother of four--and, as a newly promoted Detective Chief Inspector, heads a police team that probes Manchester's most gruesome murders. Caroline Quentin shines as a mum who balances the demands of family with her dangerous job in this hit British drama airing on ITV. The cast includes Ian Kelsey (Touching Evil) as her dishy partner and David Schofield as her doubting boss. Set 1 includes 6 episodes; 414 min. on 3 DVDs.
Episodes
Cry Me a River, Part 1
Cry Me a River, Part 2
Hit and Run
Up in Smoke
Fragile Relations
Lonely

"Caroline Quentin, best known for her comedic turns in Men Behaving Badly and Whose Line is it Anyway?, plays Janine with strength, sensitivity and humor."--Crimespree Cinema
Awards
Cry Me a River, Part 1
Cry Me a River, Part 2
Hit and Run
Up in Smoke
Fragile Relations
Lonely