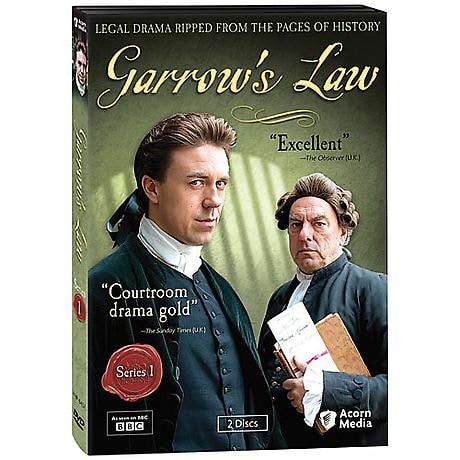 Overview
A passionate young barrister leads a legal revolution in this new courtroom drama set in 18th-century England. Appalled by the corruption of London's Old Bailey, William Garrow (Andrew Buchan, Cranford) fights for the accused and pioneers the art of crossexamination, paving the way for our modern legal system. Based on a true story, drawing on actual court records, it's "courtroom drama gold" -Sunday Times (UK). 4 episodes, 4 hrs, 2 DVDs, SDH.
Episodes
Disc 1
Episode 1
An inexperienced William Garrow struggles with his first case but fares better with Lady Sarah Hill. Impressed by his sense of justice, she hires Garrow to defend a serving girl accused of murder. If he doesn't succeed, the woman will die.

Episode 2
Now a celebrated barrister, Garrow defends a coachman accused of stealing a harness. Next, he reluctantly agrees to represent the infamous Monster, a man accused of attacking women across London. As his popularity wanes, his friendship with Lady Sarah grows.

Disc 2
Episode 3
When Garrow defends a man on trial for raping his maid, Lady Sarah is disappointed. Then Garrow fights a duel with one nemesis and takes revenge on another, causing Southouse to question whether they can continue working together.