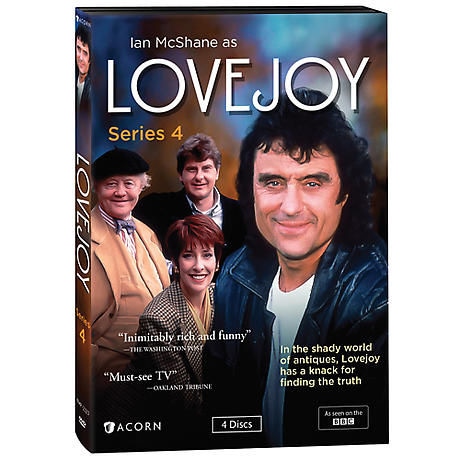 Overview
Ian McShane (Deadwood) is an antiques dealer and part-time detective in this hit British drama based on the novels by Jonathan Gash. "One of television's most charming and appealing characters" Washington Post, Lovejoy has an eye for a fnd and a forgery, a fondness for the ladies, and a weakness for a good sob story. Phyllis Logan (Downton Abbey's Mrs. Hughes) is his friend Lady Jane. Made for British television in the 1980s and '90s, seen on A&E. 71 episodes, 18 DVDs, 64 hrs, SDH.