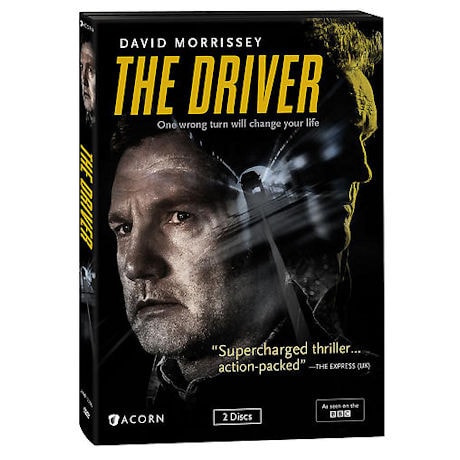 $39.99 $24.99
Share Me:
add to wish list
Overview
Manchester cabbie Vince McKee (David Morrissey, The Walking Dead) is at a crossroads. His job is dull, his marriage is stale, and his son has left home. When an old friend just out of prison gives Vince a chance at life in the fast lane, he agrees to be the driver for a shady gang leader (Colm Meaney, Star Trek: Deep Space Nine). The danger makes him a new man, but there's a price to pay. This morally ambiguous BBC miniseries was hailed as "top drawer ... a compelling sense of dread permeating the script" (Sunday Telegraph, UK). 3 episodes, 3 hrs, 2 DVDs, SDH.
Episodes
Disc 1
Episode 1
An ex-con buddy introduces Vince to the Horse, a high-living gangster in need of a driver. The new job comes with perks and peril, as Vince evades cops on a breakneck chase and later becomes party to a brutal beating.

Episode 2
Vince attempts to rectify a horrific act of violence and discovers his newfound wealth won't mend the damage to his marriage. The Horse viciously doles out punishment to a bumbling gang member, while the cops catch wind of Vince's criminal activities.