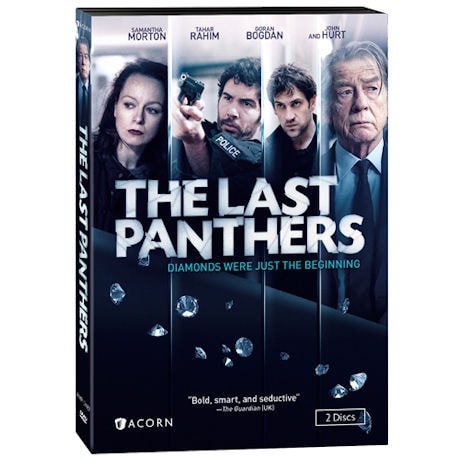 Episode 2
Naomi goes to Belgium to question a lead who is behind bars, while Milan tries to get the diamond money to pay for his brother's heart operation, and Khalil interrogates the victim of a home invasion.

Episode 3
Khalil discovers his brother is involved in a smuggling ring, while Milan makes a noble decision which could have terrible personal consequences.

Episode 4
Milan tries to get back to Belgrade before Zlatko can harm his brother, while Khalil strikes a deal with his sibling. Elsewhere, Naomi pursues the diamonds, but when she discovers a damaging connection between the missing rocks and the airport project, she struggles to get Tom to take her findings on board.

Episode 5
It is 1995 and war-torn Bosnia breathes in the uncertain safety of delicate ceasefire, while Naomi and Milan's significant past is revealed.

Episode 6
Naomi tries to protect a vengeful Milan, while Khalil and Mokhtar find themselves in deep trouble.