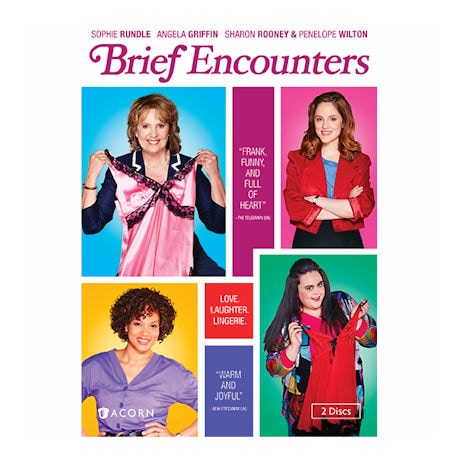 Episode 1
When a Sheffield factory worker loses his job, his wife, who cleans for a wealthy woman, sees the chance to make extra money by selling saucy undies and sex aids.

Episode 3
Infidelities, a reconciliation, and a robbery. A first solo-party is a huge success, but is dampered by arrests.

Episode 4
Party ambitions for the future, an adoptee comes forward, a hen party, wedding arrangements, and lies to the police.

Episode 5
A missing child and stolen money, a wedding, a pregnancy, and a hero's reception.

Episode 6
The women hire a nightclub for an ambitious sales event. Lies, paternity issues, confessions to the police, and a woman in labor.

"A hit with critics and viewers" - and The Huffington Post (UK)