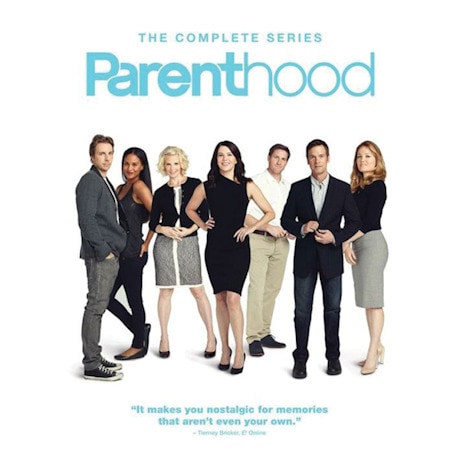 Overview
Emmy® winner Peter Krause (Six Feet Under) leads a large cast in the Golden Globe-nominated ABC drama inspired by the box office hit of the same name. Set in Berkeley, California, it follows the trials and tribulations of the sprawling Braverman clan. Believable, compelling, and rewarding, "it makes you nostalgic for memories that aren't even your own" (E! Online). With Lauren Graham (Gilmore Girls), Craig T. Nelson (Coach), and Bonnie Bedelia (Heart Like a Wheel). 103 episodes, 74 hrs, 23 DVDs.
Episodes
All 103 episodes are included in this collection.
Parenthood: Season 1:

"It makes you nostalgic for memories that aren't even your own." - E! Online

"It's drama and comedy are weighed equally" - Entertainment Weekly

"A pedigree that puts it in a class of its own." - Los Angeles Times