The Adventures of Robin Hood: The Complete Series DVD 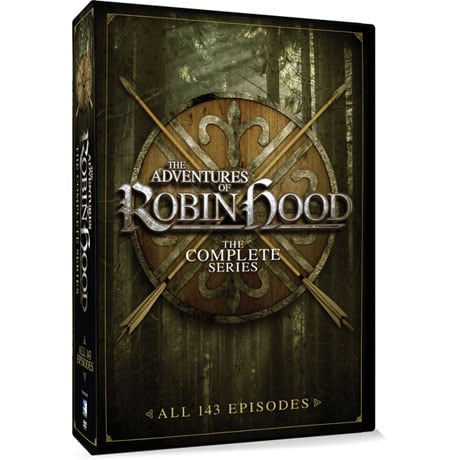 The Adventures of Robin Hood: The Complete Series DVD

Overview
Handsome leading man Richard Greene stars as the outlaw Robin Hood in this classic British series seen in the States on CBS. Battling the forces of the evil Prince John (Donald Pleasance), pursued by the Sheriff of Nottingham (Alan Wheatley), Robin and his band of merry men fight for the common people and hope for the return of their beloved King Richard, who's off at the Crusades. Set includes all 143 episodes. 58 hrs, 11 DVDs, B&W.