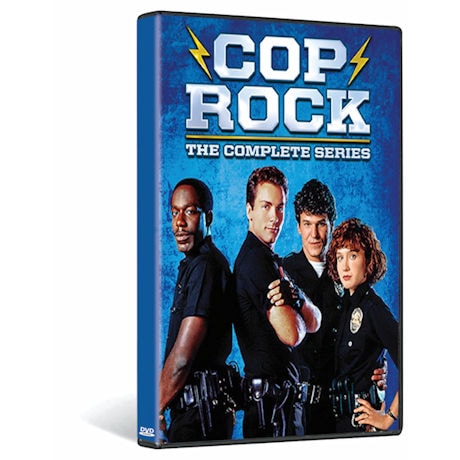 Overview
In 1990, between Hill Street Blues and NYPD Blue, Stephen Bochco tried something different: a police procedural combined with musical theater. Suspects, cops, and juries broke into song; the theme, "Under the Gun," was written and performed by Randy Newman. Cop Rock is one of the most unusual and talked-about TV series ever. With Barbara Bosson, James McDaniel, and Ronny Cox. 11 episodes, 9 hrs, 3 DVDs.