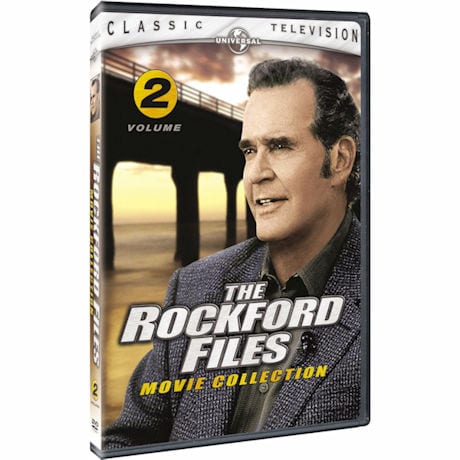 Overview
This is Jim Rockford. At the tone, leave your name and message and I'll get back to you. One of TV Guide's 50 Greatest TV Shows of All Time, this muchloved private eye series aired on NBC from 1974-80, winning 5 Emmy® Awards and 4 Golden Globe® nominations. James Garner is the wisecracking antihero detective, with Noah Beery Jr. as his dad, Rocky. Newly remastered in HD. SDH.
Episodes
Friends and Foul Play:
Rockford gets schooled in a new type of deviant when he enrolls in a Criminal Behavior class in order to discover who killed a friend's son.

Punishment and Crime:
Love is in the air when Rockford rekindles a romance with a blind woman whose cousin is being threatened by devious forces in the Russian underworld.

Murder and Misdemeanors:
It's Rockford versus the venerable LAPD when he investigates two veteran police officers accused of vice.

If It Bleeds...It Leads:
When Rockford's friend is mistaken for a serial rapist, it's up to the unconventional detective to find the real criminal before reputations are irreparably destroyed.