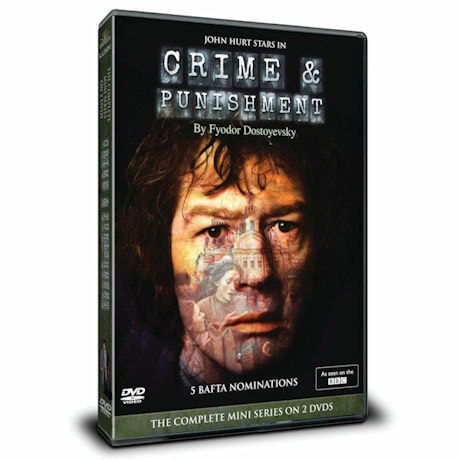 Overview
Based on the psychological novel by Fyodor Dostoyevsky, this BBC production was chosen to launch the 10th season of Masterpiece Theatre in 1980. Two-time Oscar® nominee Sir John Hurt stars as Raskolnikov, a tormented Russian student doomed by his misguided sense of moral authority. When he brutally murders two people, he must confront his inner demons and an adversary determined to bring him to justice. "John Hurt could pack a whole emotional universe into the twitch of an eyebrow." 3 episodes, about 6 hrs, 2 DVDS.