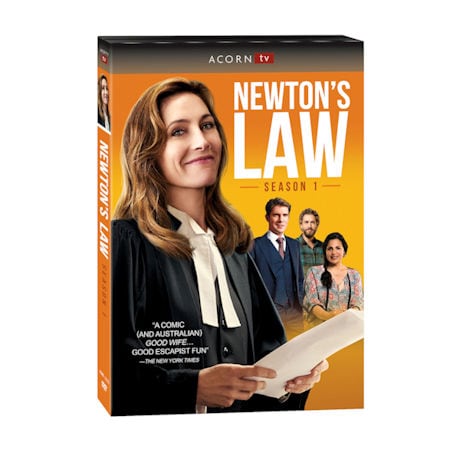 Episode 1: External Forces
At a hearing for an alleged pyromaniac, consulting solicitor Josephine Newton runs into her old friend Lewis, who offers her a new job at a high-powered firm. A catastrophic event forces Josephine to consider his offer, but she worries about leaving behind her former clients turned colleagues, Helena and Johnny.

Episode 2: The Butterfly Effect
Josephine is livid when her daughter, Lydia, is arrested for criminal damage at an environmental protest organized by Lydia's father, Callum. Meanwhile, Josephine represents a transgender teen undergoing hormone treatment against her parents' wishes.

Episode 3: Control Theory
Josephine and Lewis defend a woman accused of murdering her personal trainer after the fitness studio denied her request to break her contract. Insurance investigator Skye visits Helena's downstairs office in need of a lawyer for her father, but Helena is afraid to take the case to court.

Episode 4: Uniform Motion
When a bomb threat causes a stampede at a furniture store that injures a customer, Josephine and Lewis defend the store's CEO. Office cleaner Zareb requests Helena's legal assistance after being charged with resisting arrest, but Helena is distracted by calls from her estranged husband.

Episode 5: Newton's Law of Cooling
Helena recommends a restorative-justice approach to a friend of Johnny's to mitigate his assault charges. As the firm's secretary, Jackie, tries to get Josephine in trouble for her involvement with Chatterjee's downstairs office, Josephine defends her boss, who is embroiled in a custody battle for the family dog.

Episode 7: Terminal Velocity
Lewis defends a young man facing a burglary charge for breaking into his friend's house and stealing his sneakers. Josephine and Helena receive a surprise call from the man they believe burned down their old office.

Episode 8: Equal & Opposite Forces
Josephine and Lewis organize a class-action lawsuit for the participants of a prescription drug trial who suffered dangerous side effects. But with seven plaintiffs and a complicated case, Josephine needs to enlist both the upstairs and downstairs teams to take on the pharmaceutical company responsible.