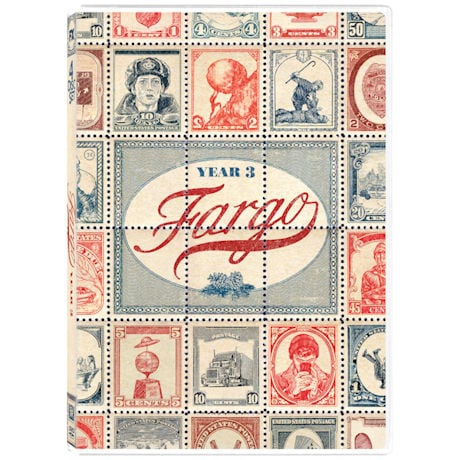 Overview
Inspired by the 1996 Coen Brothers film, this comedy-crime anthology series has won two Golden Globes and five primetime Emmys® (so far). Season 3 centers on Emmit Stussy, the Parking Lot King of Minnesota, and his balding, pot-bellied brother Ray, a parole officer with a chip on his shoulder. Their sibling rivalry follows a twisted path that ends in murder, mobsters, and cutthroat competitive bridge. "Fargo is back, and it's brilliant"—St. Louis Post-Dispatch. 10 episodes, 8 ¾ hrs, 4 DVDs. Mature audiences.