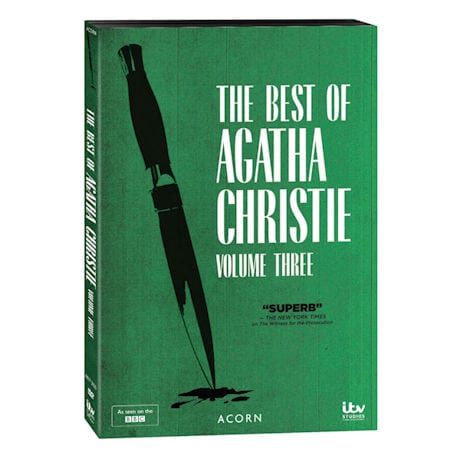 Ordeal by Innocence—Miss Marple (Geraldine McEwan, The Magdalene Sisters) is drawn into the Argyle family's tragic history when she visits for a wedding and realizes a murderer is in their midst. Jane Seymour (Dr. Quinn, Medicine Woman), Richard Armitage (The Hobbit films), Juliet Stevenson (The Politician's Wife), and Gugu Mbatha-Raw (Belle) also star.

The Hollow—Invited for a weekend in the country with the Angkatell clan, Poirot (David Suchet) untangles the family's love affairs in the quest for a killer. Also starring Jonathan Cake (Desperate Housewives) and Edward Fox (Gandhi).