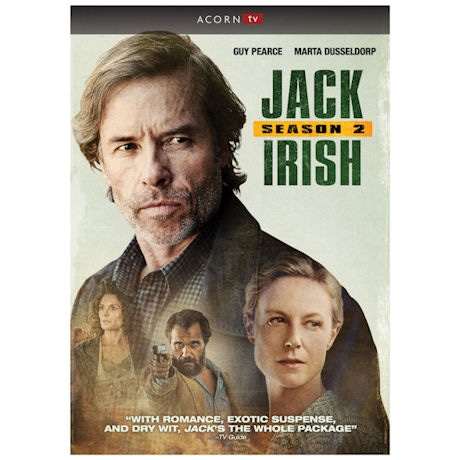 Episode 1
In an effort to save his deteriorating relationship with Linda, Jack mails her a package, but three years later, he discovers it never arrived. Eddie, the courier Jack hired, went missing after looking into the death of Lakshmi, an Indian college student studying in Australia.

Episode 2
Jack visits Dr. Rory Finch, a psychiatrist mentioned in Eddie's calendar, while Lakshmi's father arrives in Melbourne to find out what happened to his daughter's remains. Jack's old boss Harry gets back into horse racing, but the track has changed.

Episode 3
After being abducted, Jack returns home to find Charlie's troubled granddaughter, Gus, staying at his house. In need of help proving Meritus College's wrongdoings, Jack reaches out to Linda, who is now living in Manila with Orton.

Episode 4
Already on another assignment in India, Linda agrees to help Jack track down the deported students, but the work is slow going. Harry and Cam bring Jack in on a plan to expose Ricky Kirsch, a troublemaker in the racing world.

Episode 5
Jack tries to avoid Rory after learning her husband's connection to Meritus College. Harry receives more help with his racetrack investigation, while Jack gets closer to finding the mysterious "K."

Episode 6
Jack discovers K's underground bunker and the testimony she hid there, but he is detained before he can utilize the evidence. Harry's plan to expose Ricky hits a snag, and Linda returns to Australia with Orton.

Behind the Scenes — Go behind the scenes with the cast and crew of Jack Irish to learn about shooting in India, the characters' wardrobe, what resonates with audiences, and more.

Cast Interviews — Guy Pearce, Marta Dusseldorp, Aaron Pedersen, and other cast members talk about their characters, what attracted them to the show, their favorite moments, and more.

"Guy Pearce turns up the noirish charm…[the] long-suffering, crime-chasing protagonist is as appealing as ever" — The Guardian (UK)