The Woman in White DVD 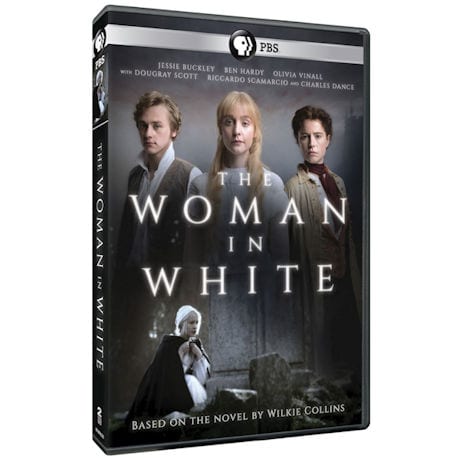 The Woman in White DVD

EPISODE 1
Walter Hartright encounters a ghostly woman dressed in white. He offers help, but later discovers she had escaped from a lunatic asylum. At Walter's new job, he learns of a connection between his pupils and the mysterious woman in white.

EPISODE 2
With Sir Percival impatient to marry Laura, Walter and Marian try to uncover the truth about his past. Wedding arrangements begin, with Mr. Fairlie agreeing to a settlement that raises questions about Sir Percival's true intentions.

EPISODE 3
Sir Percival's money troubles drive him to try, by underhanded means, to get Laura to authorize the release of some of her fortune. Feeling increasingly threatened, Marian resolves to find out what Fosco and Sir Percival are truly plotting.

EPISODE 4
Marian overhears Sir Percival and Fosco plotting against Laura. But Marian falls ill and Sir Percival conceals her, telling Laura that she has gone to London. Fosco puts his sinister plan into action. Will Marian be able to save Laura?

EPISODE 5
Walter, Marian, and Laura are forced into hiding from Sir Percival and Fosco. Sir Percival is haunted by the possibility of his secret being revealed, but Marian and Walter know they must discover it to prove his role in the conspiracy.