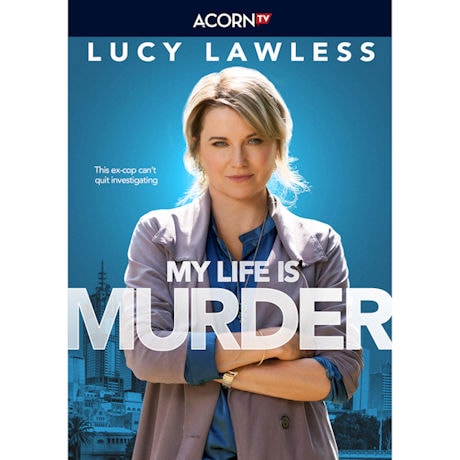 Episode 1: The Boyfriend Experience
Retired detective Alexa Crowe is intent only on fixing her bread maker when her old boss contacts her for help on an unsolved case, and Alexa can't help but investigate.

Episode 2: The Locked Room
A man is shot dead in a motel room, with the windows and door locked from the inside. Madison discovers a connection to a crook Alexa knows from her undercover work.

Episode 3: Lividity in Lycra
When the CFO of a hospitality empire dies on a cycling ride with friends, the coroner rules it death by misadventure, but Kieran suspects the involvement of Hugh's boss.

Episode 4: Can't Stand the Heat
When a culinary student is found dead in the school's kitchen, Alexa goes undercover to a cooking class to smoke out the killer.

Episode 5: Feet of Clay
A PR assistant's death by a drunk driver seems like a closed case, but a mysterious message prompts Alexa to investigate the woman's glamourous boss for answers.

Episode 6: Another Bloody Podcast
When a true-crime podcast blames Kieran for the lack of progress on an investigation into the killing of a young gay man, Alexa is determined to help Kieran out.

Episode 7: Old School
Alexa revisits her high school when her favorite teacher is crushed to death by a boat rack. The prime suspect is the new principal, who happens to be an old frenemy.

Episode 8: Remains to Be Seen
Alexa confronts her mortality as she investigates the case of Patrick Mandel, a gambling addict found buried in an already occupied grave.

Episode 9: Fake Empire
Alexa is uninterested in solving Kieran's latest case until she learns that clairvoyant Chloe Angel is involved—and knows details about the crime that aren't public.

Episode 10: Mirror, Mirror
After the death of a plastic surgeon from self-administering an anti-wrinkle drug she had developed, Alexa questions the owners of the clinic where the victim worked.