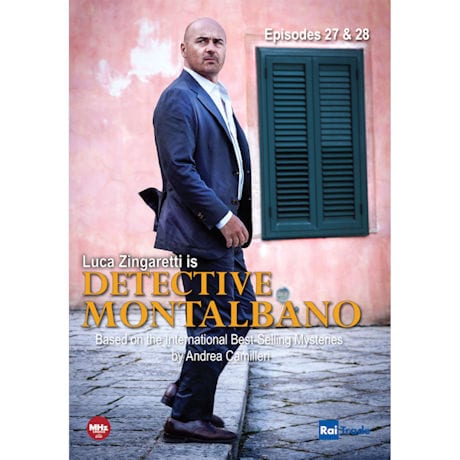 Based on the spectacularly successful Inspector Montalbano mysteries by Andrea Camilleri, this long-running Italian television series is a huge hit in Europe. Luca Zingaretti stars as the grouchy Sicilian police chief who hates bureaucracy and loves Sicily, justice, his girlfriend, Livia, and Sicilian cooking. Filmed in sun-washed Sicily. Includes "A Delicate Matter", "The Mud Pyramid". This set also includes the documentary "Montalbano and Me: Andrea Camilleri", an intimate glimpse into the life and work of Montalbanos creator. 5 hrs, 3 DVDs. Italian with English subtitles.

EPISODE 27: A DELICATE MATTER
On his way to a vacation, Montalbano ends up working on two very different cases. One concerns the murder of a well-loved 70-year-old woman who worked as a prostitute, and the other is an accusation of molestation at a school. The latter case he handles with discretion, and he also manages to finally identify the woman's assassin.