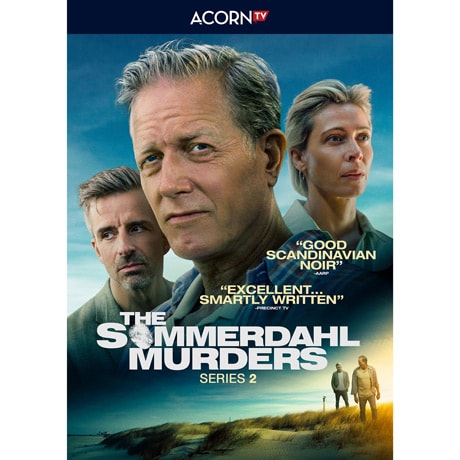 Lost Dreams – part 1
DCI Dan Sommerdahl will do anything to win back his wife, pathologist Marianne. But first he must find the offender behind the murder of world-famous musician Razor.

Lost Dreams  – part 2
With a little help from an unexpected source, Dan and Flemming encounter several women from town who are struggling with unresolved feelings for the murdered Razor.

Love Endures All Things (Almost) – part 1
When a schoolteacher is murdered, it turns out that the deceased was romantically involved with someone at the police station. Could the killer be one of their own?

Love Endures All Things (Almost) – part 2
When another employee at the school dies, Sommerdahl turns his suspicions to the school staff. He is quite surprised when he discovers who the culprit is.

I Hate That I Love You – part 1
A chef’s assistant dies when the finest restaurant in town burns down. Dan and the rest of the team discover that jealousy might be at the root of the arson.

I Hate That I Love You – part 2
The police are present for the annual local chefs’ competition, as one of the participants has received a death threat. Unfortunately, the team makes a terrible blunder.

The Ends Justify the Means – part 1
A paralyzed patient is murdered at a local nursing home. Dan learns about a series of thefts at the place, but when he finds the thief, the case takes an unexpected turn.

The Ends Justify the Means – part 2
Another murder leads Dan and Flemming on the trail of a European cannabis ring. But is that also where they’ll find their perpetrator?

“Flips the Nordic noir genre on its head” – The Sun (UK)