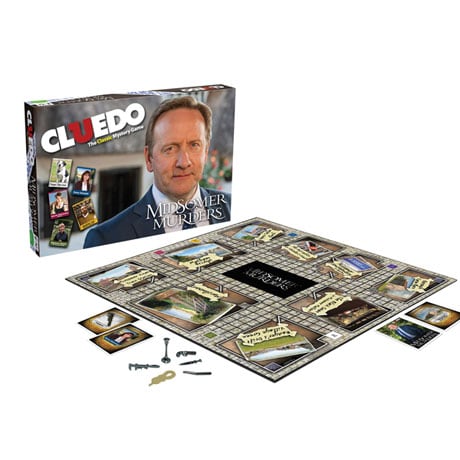 Overview
Exclusive! The body of wealthy businesswoman Elizabeth Jones has been found in Badger's Drift, and the police suspect foul play. Nine Midsomer County locations have been identified as potential crime scenes. A long list of local suspects will be interviewed. Can you help the Causton CID solve this baffling crime? Based on the long-running hit British television series, this board game is challenging fun for 3-6 players ages 8 and up. "Cluedo" is the British name for the game Americans call "Clue."