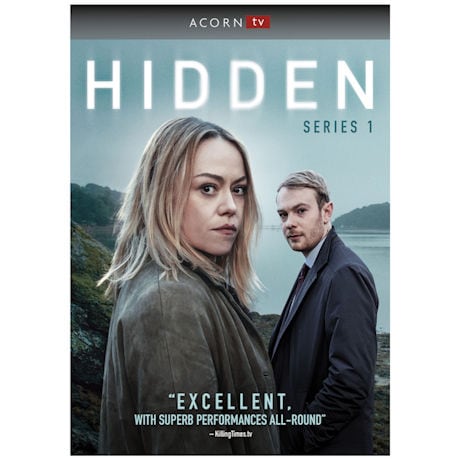 $49.99 $39.99
Share Me:
add to wish list
Overview
The otherworldly landscapes of northwest Wales provide a spectacular backdrop for this breakout hit from the producers of the critically acclaimed Hinterland. DCI Cadi John (Sian Reese-Williams) returns home to care for her ailing father. However, when the body of a young woman is found in a local river, it becomes obvious that sinister forces are lurking nearby. "A crime thriller you'll want to discover." — Digital Spy. 8 episodes, 8 hrs, 3 DVDs, SDH. Mature audiences.
Episodes
Episode 1
DI Cadi John investigates the death of a young woman found in a river, who appears to have been shackled for some time before her demise. Cadi and her colleague DS Owen Vaughan identify the body as Mali Pryce, a troubled girl who disappeared years ago.

Episode 3
Cadi argues with her sister about their ailing father. Later, Lowri recounts the details of her attack to the police, leading them to question her abusive ex-boyfriend, Marc.

Episode 4
Dylan brings home a wounded Megan, the university student he hit with his truck, and won't let her leave. Iona warns him against keeping Megan at the house while the police are investigating and urges him to get rid of her.

Episode 5
While dealing with her father's failing health, Cadi attempts to track down Dylan's truck. With Megan still locked up, Dylan's neighbor makes an unexpected visit, and Lowri struggles to recover from her attack.

Episode 6
Dylan releases Megan from her shackles but threatens to chain her again if she tries to run away. Cadi questions a man in prison who was convicted for the murder of another young girl, a crime that Cadi believes may be linked to Mali's death.

Episode 7
When Megan is reported missing, Cadi and Owen are certain her disappearance is connected to the other cases, but they are no closer to discovering Dylan's identity. Dylan's daughter, Nia, talks with Megan and tries to help her escape.

Episode 8
With Megan and Nia safe, the police search Dylan's house, but he has disappeared. Cadi interviews Iona, hoping to get information about the abducted girls and capture Dylan at last.